Fake it ’till you make it? No.

They say imitation is the sincerest form of flattery, so why isn’t it ok to ‘fake it ‘till you make it’? Unfortunately there is a little more to that question than whether or not you personally think it’s right to skip ahead in life and buy your monogrammed Louis Vuitton tote for $150 instead of $1500 like the rest of us.

The counterfeit luxury goods trade is growing at an inconceivable rate and even with the best efforts of designers, customs officials and online retailers, where there is demand; there will be those finding ways to supply it -quickly. The reach of the issue also extends far further than just that of the major fashion houses. Those engaged in the illegal manufacturing and trade of counterfeit luxury goods are often also guilty of far more serious crimes like employing people under unethical and illegal work conditions, theft, fraud and federal importation crimes. When you start to think of where these ‘luxurious’ fakes come from; they don’t seem as elegant anymore, do they? 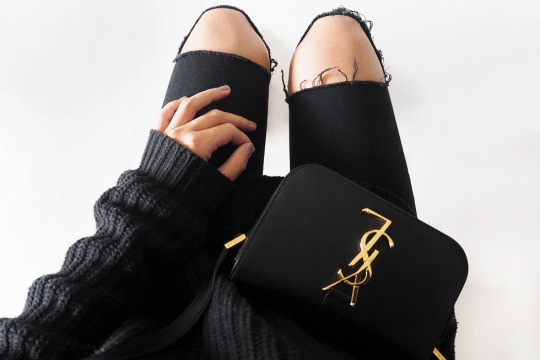 There is no question it’s tempting, getting the bag you’ve been dying for at a fraction of the cost, but just as Carrie Bradshaw says in that iconic episode of Sex and the City where she travels to LA and is offered fake designer bags for a steal: “I should have liked them. But staring into the trunk, they didn’t look elegant. They looked cheap. Even if everyone else thought it was real, I’d always know my bag came from a trunk deep in the valley”.

Debbie Maggs, an accountant with a penchant for high end labels, agrees with the fictitious Ms Bradshaw and describes the sense of pride and accomplishment that comes with owning an authentic designer bag that can never be replicated by owning a counterfeit.

“It takes a lot to be able to afford an expensive designer bag so it’s frustrating seeing people just walking around in a tracksuit with a fake one over their arm, it takes away from what it is to own a real one, if it looks like just anyone can have it.” For Debbie, the prevalence of fakes in some brands is so high that it diminishes the reputation of the brand.

“There are just so many fake Louis Vuitton bags out there, especially the monogrammed ones, that I would never buy it. I don’t want to spend all that money on a bag just for people to think it’s fake. I’d rather go for Givenchy, then people will know it’s the real thing.” 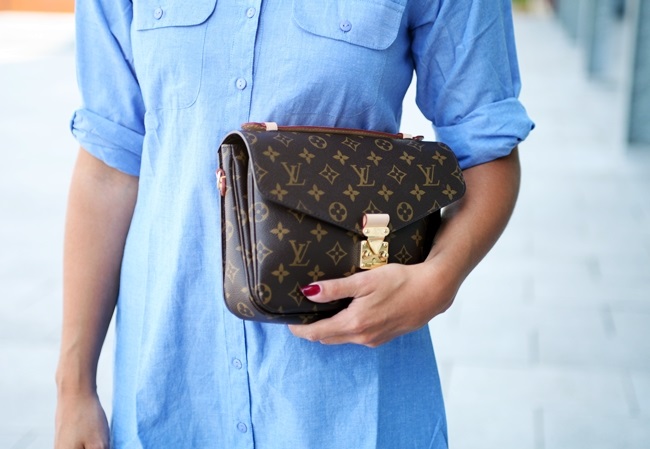 So what do you do if you still want a high quality designer bag but don’t want to fork out for the $2000 price tag? Isabella Hunting, blogger for Fashion Slave, prefers to invest in less expensive but still high quality Australian designers while she can’t afford top of the line brands. “I buy Mimco and Oroton because I currently can’t afford labels such as Chanel, even though I lust over them every day! Mimco and Oroton are still considered designer to me as they encompass high quality design and materials and they are also Australian so I enjoy supporting high quality Australian labels. I would never buy a fake designer bag because I feel like if you support buying fake designer bags you are disrespecting the designers for the work they have put in to create the original design,” she says.

Even within the counterfeit luxury goods trade, there are fakes, and then there are the really good fakes. Some so good it takes an expertly trained eye to tell the difference and often have a price tag upwards of $500. Creative director of Willow and Zac, sellers of luxury leather goods, Jo Wilson says that while some bags obviously look fake, others can look so real that they deceive people out of good money. “There’s knock offs and then there’s knock offs. You just need to take a look around Paddy’s Markets to see the really cheap PU bags that no one in their right mind would believe were real but then there are some that come from China that look so real and are being sold for huge amounts of money,” she says. The difference between the really good fakes and the real thing is often in the tanning and finishing treatments to the leather and can be an easy giveaway as to where it really came from. “The knock off bags won’t have been tanned properly and after a little while the colour on the leather will start to peel away, especially around the handles. That’s a big give away of a knock off because that won’t happen on a real bag. When it hasn’t been tanned properly the colour just sits on top of the leather and that’s why it peels off,” she says.  Mrs Wilson imports bags in from China for her business and says that customs officials have become very strict with checking all handbags that come into the country from China. “They are good, everything gets checked but it’s defiantly not stopping them, they’re everywhere still.”

While the fake bags themselves often cost little more than a song, thus tempting us oh so much, the impact the counterfeit luxury goods trade has on the industry is massive. Not only does the very fact of fakes harm the brands image such as in the case of Louis Vuitton but it also equates to billions in lost revenue. A report from the Organisation for Economic Cooperation and Development (OECD) put the value of counterfeit goods that crossed international borders at over USD 250 billion in 2007. The report goes on to say that internationally, the counterfeit goods trade is estimated to have caused economic loss to legitimate companies in the range of USD 500 to 700 billion annually. Don’t let these facts leave your mind when pondering over a fake bag purchase and if that isn’t enough to stop you remember the advice of Aldo Gucci, “The bitterness of poor quality is remembered long after the sweetness of low price has faded from memory.”

Not only is it seriously un-chic to be carrying around a fake handbag or wearing counterfeit jewellery, it’s clear that by taking the easy way out and buying these products you’re allowing these organised criminals to make a living off the merits of real designers. It’s an industry that is growing at a rapid pace and even with the best efforts of designers, police and customs officials, it really boils down to a case of supply and demand. If we stop the demand, the supply will have no choice but to fade away.  I’m not sure what wise person once said these following words but I think they’ve hit the nail on the head: “It’s better to save your money and get what you really want than accept a bunch of cheap imitations that will ultimately fall apart (the same principle applies to relationships).”